“Person from sweat yu style chi * rachuru nu feeling we sell we do sheath sedan chair place nu intellect Yumi.” “Sweat gnarl” which is got close to to citizen of the prefecture as song respecting work. In RyukyuMura, we show “Mami dormer” which made state to commit “sweat clause” in theme song dancing. Music will travel in original scenery of Okinawa in RyukyuMura. 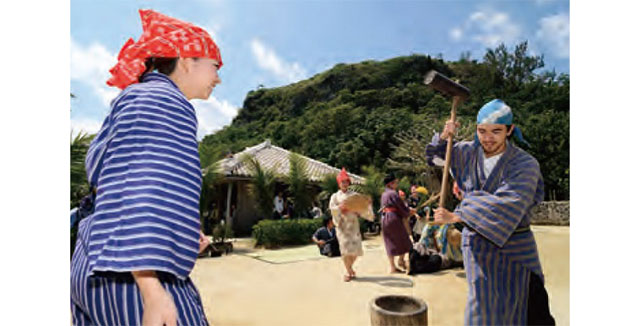 Song which came out of campaign that “sweat joint” encouraged labor

One of the songs of lesson to represent Okinawa where “sweat gnarl” conveys joy to act. Those days, Japan where this music was born were under big recession. We were born as winning music of folk song offer to encourage labor that Okinawa performed in 1928. Mr. Nakamoto Minoru that words of this song which preached “preciousness of work, intention of diligence and economy savings, heart of social service” are from former Gushichan-mura. Composition is kyuryochohoshi known as “flower of pea”.

In fact, “sweat clause” was the first time that Mr. Miyara composed Ryukyu song. It was title called “sho of diligence and economy savings” at first, but Mr. Miyara changed a title with “sweat clause” and announced and spread out in the prefecture. We exceed time simply because we preach heart of service, and there are the lyrics of Nakamoto who got sympathy to all laboring people and beautiful melody of Mr. Miyara and are music that, by the way, love is across border.

It is said that kyuryochohoshi has not met Mr. Nakamoto Minoru during the lifetime. Episode that grave of Mr. Miyara is erected in the ground of Gushichan, and it is deeply impressive to have met after death in this ground. We sing, and, as for “the sweat clause,” Okinawa can be connected by Hawaii and South American Okinawa association of people originating from the same prefecture from the start even now. “Sweat clause meeting” is held every year among other things in ground, Yaese-cho of the birth of Nakamoto Minoru whom we wrote a song of. In addition, the lyrics are engraved into “sweat clause monument” in the foot of Gushichan ruins of a castle and convey heart of “sweat clause” in history. 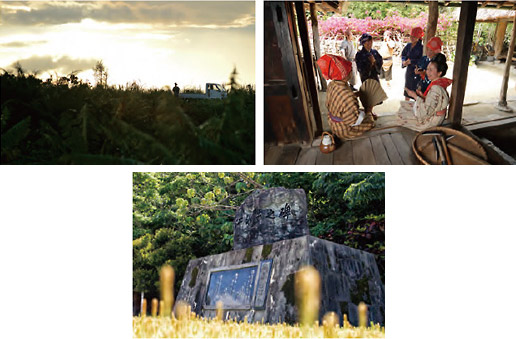 Let’s sense old no Ryukyu noutato dance bodily in RyukyuMura! RyukyuMura and tie-up plan of Okinawa music trip are full of attractions that RyukyuMura is fun. “Mami dormer” which made state to commit “sweat clause” in theme song dancing starts in April, and “May umachi” holds parade of “June umachi” on July 30 on June 30. By house play, we can experience song dance that utilized farming implements. Please sense song and scenery of Okinawa that you want to convey earlier for, 100 years bodily in RyukyuMura.